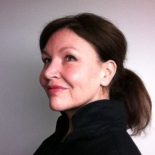 Journalist and producer based in Spain working for UK press. My focus here is safe travel and tourism in Spain. I also cover current affairs, business, architecture and rural regeneration, and work / have worked for The Guardian, BBC, FT, The Times, Conde Nast Traveller, Business Life, Reader's Digest, Evening Standard.

It’s a risky gamble. Should countries re-activate foreign tourism before an international test and contact trace system is in place? Last year 1.5 billion people made trips for tourism. 2020 will see a fraction of that movement, but each person that travels before a universal fail-safe method of testing and tracking in place is a potential exponential spreader.

Spain is striking ‘safe corridor’ deals that will be operative from the middle of June, primarily between Germany and Nordic countries and the Canary Islands and the Balearics. This is ahead of wider plans  to reactivate tourism from July 1 with the removal of the 14-day quarantine period and free entry for tourists visiting from countries where the spread rate of Covid-19 is – in the words of tourism minister Reyes Maroto ‘positively evolving’ which is to say, considered to be below exponential.

Later in July, a new World Tourism Organisation (UNWTO)-backed Digital Health Passport, developed by a company located in the Canary Islands, is due to be piloted on a flight from Madrid to Lanzarote. The passport is a mobile app that stores medical records including test results and allows for contact tracing.

If this system – or let’s face it, any system – could be agreed and deployed by EU member states at the very least, it would be easier to protect the health of travellers and the people living and working in the countries they visit, as well as the populations of the countries they return to.

After all no tourist has to travel. But the financial imperative to kick-start tourism is too enormous to resist – especially when other countries are buckling and taking the tourist euro. In Spain tourism was generating over 12% of the GDP and employing, directly and indirectly, over 12% of the population. Summer is the peak period.

José Luis Zoreda, executive vice-president of the Spanish industry consortium Exceltur told me in a recent interview that without incoming international tourists from now to the end of the summer, Spain will lose €92 billion in direct and indirect revenue. (total revenue from tourism last year was around €145bn) “People forget but the tourism industry is not only hotels, airlines and restaurants, but the thousands and thousands of companies providing services and everything from linen to uniforms and food. All will suffer. It will be a total disaster.”

There is also the financial need of the international ecosystem selling Spain as a destination. Following the government announcement on border re-openings a week ago, shares in airlines shot up. Easy Jet, Ryanair, TAP, all benefited; IAG, parent company of Lufthansa and British Airways saw shares rise by 22.5%. International tour agencies also need Spain to receive tourists – TUI shares rose by 52.4%.

However, what are the measures that will be in place at the start of the new normal tourism on July 1? Within the EU, they are being ‘worked on’. The EU commission has released guidelines for tracing apps that ‘must be voluntary, transparent, temporary, cyber-secure, using anonymised data, should rely on Bluetooth technology and be inter-operable across borders as well as across operating systems.’ They add: ‘Interoperability is crucial: EU citizens must be able to receive alerts of a possible infection in a secure and protected way, wherever they are in the EU, and whatever app they are using.’

Last week, with just two weeks left to go before the ‘safe corridor’ deals kick in, efforts at controlling health safety among the minimal number of air passengers flying within Spain – a country with one of the tightest set of lockdown restrictions in the world failed when a domestic passenger with COVID-19 was able to board a plane from Madrid to the Canary Islands. The man had even been tested – in Castilla y Leon because he had been in close contact with someone who had died from the virus– but he flew, apparently, before getting the results. By the time the airline and the authorities in Madrid and the Canary Islands were informed by his local health authorities that the test had come back positive, he had already landed in Lanzarote but not, luckily, left the airport and he and the rest of the passengers of the airline are now in a 14-day quarantine.

There is an investigation into why this person was flying in the first place, but it is an example of how easy it is for carriers to potentially slip through the net even – as in Spain – where stringent efforts have been made in the attempt to prevent the spread of the virus. Through 11th hour action, on this occasion a possible contagion was prevented.

It’s also noteworthy that the destination in this case was Lanzarote. Lanzarote has only had 84 cases of COVID and 3 fatalities and is deemed one of the safest, best-protected destinations in Spain. The Canary Islands depends heavily on tourism but industry officials under tourism minister Yaiza Castilla are acutely aware of the risk they face by opening the islands to visitors before common testing protocols are in place. After all, Spain’s first confirmed case back in January was a German visitor to the Canary Islands, diagnosed while on holiday in La Gomera.

The Canary Islands has set up a Laboratory Project which with support from the UNWTO is at the forefront of testing, prevention and containment research and development for the tourist industry – which I’ll cover in a future post. Their aim is to create a safe destination. Obviously everyone is buckling under economic need.

For the tourism industry to recover – for a massive sector of the economy to recover – would-be tourists need to trust that destinations are safe. The health security protocols developed for the hospitality industry in Spain are thorough but to be effective once borders are lifted they need to be matched by a similar degree of diligence throughout the tourism ecosystem. As a direct result of easing restrictions and returning to a sustainable new normal, COVID will spread. Inevitably, as a direct result of tourism, COVID will spread internationally. The industry is suffering, people want to travel, but unless a unilateral agreement on a common system of test and trace to contain outbreaks is implemented before international tourism gets the green light, the cost of someone’s two weeks in the sun could be unreasonably high.

This entry was posted on May 30, 2020 by SORREL DOWNER in COVID, Ideas, Spain, Travel and tagged COVID, Spain, Test and track, Tourism.