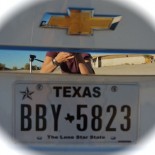 Journalist, producer and media consultant mixing it up for TV, online, newspapers and magazines. I cover travel, lifestyle, trends, design and people. Mainly. This is the HQ for previous work, and an introduction to current. I work all over the world and live on a farm in Cadiz which I write about intermittently at somewheresville.org. 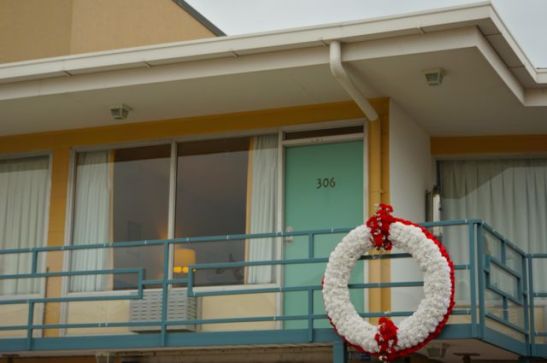 The road trip was initially east to west. That was so nice, I added west to east. The minute the car was turned to face Europe, or at least Atlanta, the journey was touched with poignancy. Not only was there the knowledge that we were going back (that it was somewhat over, and more over every day) but through a series of coincidences, I found myself ushered prematurely into a summing-up phase, making ‘best of’ lists, identifying themes, fumbling my way towards conclusions as the days finished earlier and earlier.

We’d started the cross-country leg of the trip in Atlanta, birthplace of Martin Luther King, then travelled along one thousand and one Martin Luther King Boulevards until turning around in Northern California. Now, we were nearing the end of the road trip, and in Memphis where King had been assassinated. When we’d left Atlanta, it had been warm, crisp, bright, encouraging; now, some weeks later, the day was damp, cold, depressing. as we pulled up in Memphis.

It was unfortunate scheduling that saw us in this particular spot just as the whole country was discussing shootings and grief and what to do. I’d grown up believing that the shooting of Martin Luther King was a crime that helped people to think enough was enough. If I hadn’t been staring at tail lights trying to make some sense of America, I probably wouldn’t have put the assassination of King and the Sandy Hook School shooting in the same box, but they are connected by something so blindingly obvious it’s generally overlooked: that guns give people with the least to offer the ability to take away the people with the most to offer – whether that’s fully fledged ideas, or potential, or love. And that’s as much the truth in 2012 as 1968. No big change there.

No big change in South Main either. While the area bisected by South Main Street is called the Historic Arts District it feels like it hasn’t been so much actively preserved, as left. For all the alleged fledgling arty happenings, it can’t be much different to the rundown place it was the day that King was shot. The Lorraine Motel is exactly as it was moments before the shooting, everything left in the rooms untouched from rumpled beds to cigarette butts in the ashtray, and his car parked beneath the balcony. The motel is now part of the National Civil Rights Museum (across the road), and possibly the most moving, compelling part. In the museum itself, there’s a film that focuses on King’s last 24 hours, showing him overcome at the end of the magnificent and prescient Mountaintop speech, describing how the church shutters banging in the storm made him jump, and revealing the jokey conversations in the moments leading up to his assassination.

At the motel though, you climb the stairs and walk along the balcony passing rooms 306 and 308, and the corner where King fell, and you stand at the railing his foot stuck out from under as he lay dying, and it all looks for all the world like a place you’ve just checked into, that everything happened yesterday and could happen again tomorrow. Of course, I have been spending a lot of time in motels recently, but to me it felt current; I was as close to being there on the day as it gets. It is ’sobering when the past is a bad past, and you feel it all around you.

I don’t know if this lack of pomp, of artifice, is a Memphis thing, but somewhere else that effortlessly transports visitors into the past is The Arcade, the South Main diner that Elvis favoured. I’d read about it, but finding the place quiet and half-full, and the local clientele chowing down on the usual eggs, bacon, pancakes, hash-brown combos, and a complete absence of ‘Elvis dined here’ signs, I reckoned I’d made a mistake. However just as I was finishing my peanut butter and banana sandwich, a family slipped into the end booth and posed for pictures. Turns out it was his favoured booth (and if you look closely, there is a small picture above the table). I found that surprisingly exciting, although as shrines, or even tourist attractions go, it’s pretty low-key.

Anyway, melancholy was the overall mood in Memphis. Only going on hunch here, but I imagine King would be fairly disappointed to see the state of things today, regardless of the fact the President is black. Here’s an excerpt from that Mountaintop speech given at the Mason Temple. Martin Luther King’s flight to Memphis (where he was marching in support of equal rights for African American garbage workers) was delayed by a bomb threat, so the risk was real and on his mind. But this is still an extraordinary speech for someone to give the night before they die. Go and hear it at the National Museum of Civil Rights.

“Well, I don’t know what will happen now. We’ve got some difficult days ahead. But it doesn’t matter with me now. Because I’ve been to the mountaintop. And I don’t mind. Like anybody, I would like to live a long life. Longevity has its place. But I’m not concerned about that now. I just want to do God’s will. And He’s allowed me to go up to the mountain. And I’ve looked over. And I’ve seen the promised land. I may not get there with you. But I want you to know tonight, that we, as a people, will get to the promised land. So I’m happy, tonight. I’m not worried about anything. I’m not fearing any man. Mine eyes have seen the glory of the coming of the Lord.”